I feel like Santa bringing a present on Christmas Eve.  Just in time!  to show off my holiday manicure.  I wanted to do a mixed medium manicure and think I got to incorporate several of my manicure techniques to pull off this look.  Wishing you all a Merry Christmas! 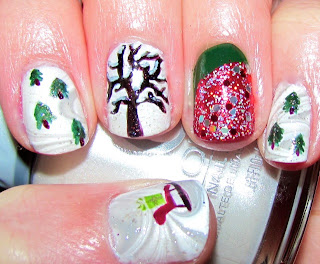 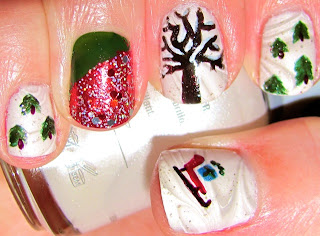 iPolished
iLove to collect, polish and design my own nail art for my nails. For my enjoyment iCook, iWatch TV, iPerfect my laziness and iFind inspiration for my next manicure however it comes.

After realizing my private blog was clearly becoming dedicated to my polish exploits, I decided to import my past posts and keep posting polishes. I clearly love nail polish and would love to hear from you! Send me an email at ipolished@gmail.com